How Did The Green Jalopy Come To Be?

Even at high school while the other kids wanted new and fast cars, I just wanted and old antique car. My only problem was I could not afford either. After a stint in the Marine Corps, marriage and college, the old car fever grew. My first car, a 1947 Fleetmaster, was purchased with the help of my late brother. With no where to keep the car it eventually moved on to another life. Enter my second car, a 1952 Ford P/U and with help from a friend we managed to bondo it up and paint it. The Ford was traded on a Jeep which had a very short stay. Next was a 1937 Plymouth P/U that never really got off the ground, and again it was sold. Two El Caminos later my dearly beloved wife was about to sell me. Then I saw the Jalopy on a web site, Craigslist I recall. Understandably my wife was reluctant to give her blessing and did not encourage me to think about it too much. But it was too late! I was already taken in by the looks of the green machine.

I live in the northern part of Florida and the truck was in the southern tip of the state, at least a 10 hr drive away. We began an email dialogue. There were a few bad pictures but it looked very structurally sound. I couldn't believe they were selling it so cheap, and I was definitely interested.
We arranged a date for me to go see it and I set off with my son in law in tow as Miami is a very large city and has a reputation of being dangerous. I told the contact person that if it was as good as they described that I would buy it.

So here we are on the 2nd of October 2010, the two of us driving to a place we have never been to before, to meet people we did not know, with the intention to pay cash for an old car we had never set eyes on before. Boy what a recipe for disaster, but I had the bug, I was on a mission.I towed a flatbed trailer with me and had cash on the hip. We were both nervous because on the way we got a phone call telling us the truck was not at the original site but had been moved. In addition to this, there was only one person there that could speak English. We knew we were at their mercy and so did they. They had us if they wanted us! When we finally found it, it was surrounded by an 8' high wood fence and you had to speak through a microphone. Now we were really nervous.

When I saw the truck, and they started it up...I knew I was taking her home. The lady had saved the last dance for me! I drove it around the parking lot and that was enough for me, she looked gorgeous. She was everything I wanted her to be. It was love at first site and I have not regretted finding the old gal since. I made an offer and they accepted. We loaded her up and home we came. I had the biggest smile every time someone passed and waved. I was like a proud poppa.

The first thing I noticed after getting the new baby home was that she over heated soon after she was started. I also noticed she did not have a radiator cap. I should have suspected there was a problem, but hey its very hard to have a cool clear thinking head when your eyes are still glazzed over with excitment.

All that was a low priority for the time being, plenty of time to fix that down the track. My next task was going to the Department of Motor Vehicles to get the title on the 8th October.

The following pictures of the Jalopy as I now affectionately call her, were taken a few months after we got her home, and she still had the road dust from the trailer trip from South Florida.

Ladies and gentlemen may I present to you my pride and joy, the jalopy. 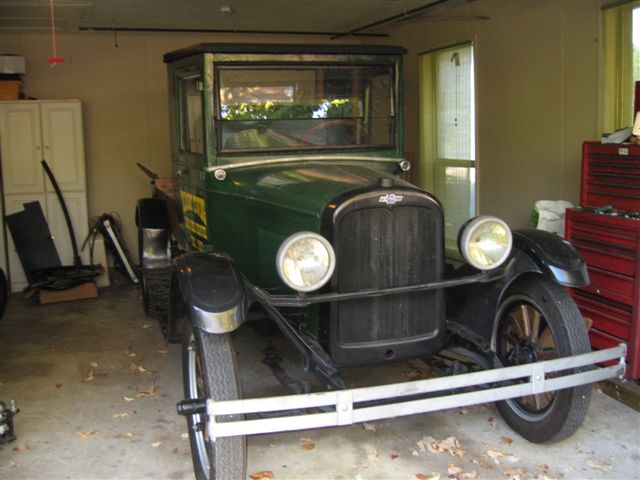 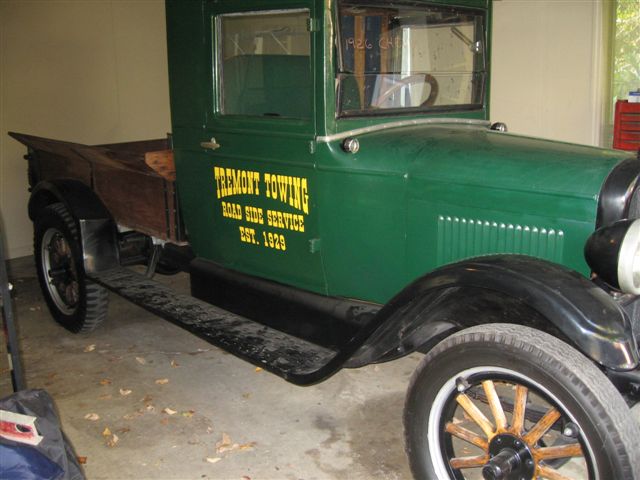 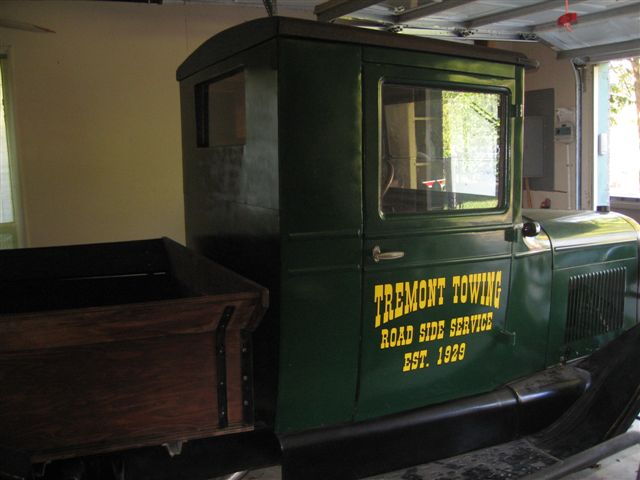 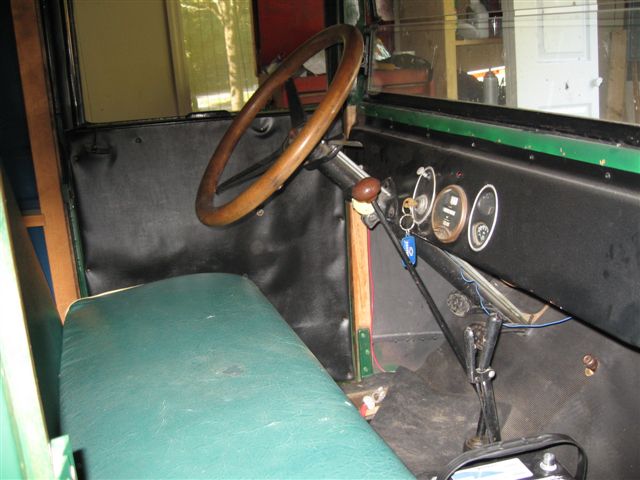 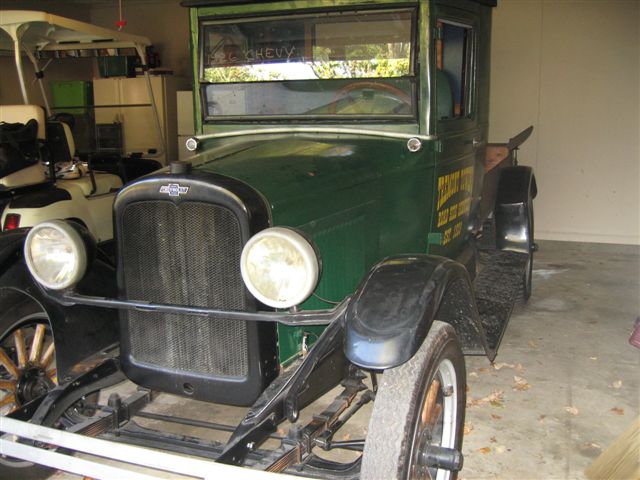 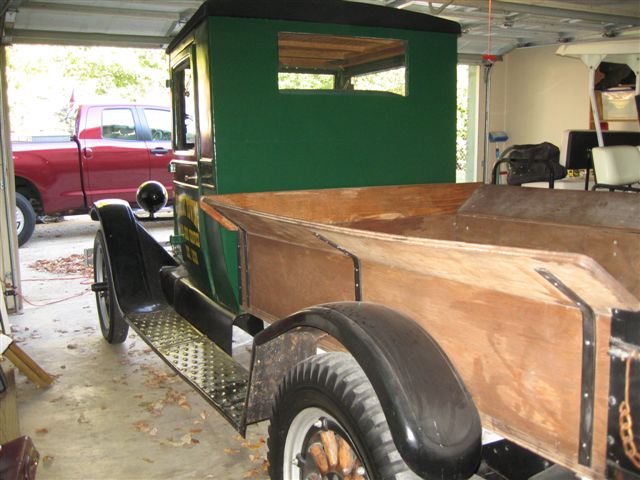 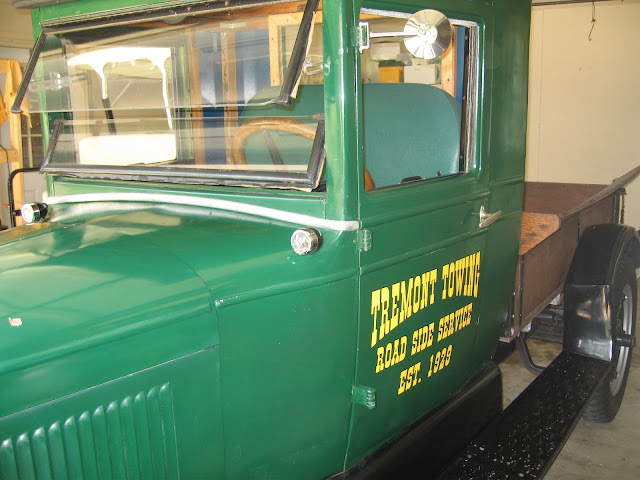 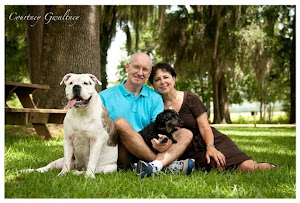 Jerry Ongley
Tallahassee, Florida, United States
I have been married to my lovely lady Linda for 41 years. We have two daughters and four grandchildren. Our third child is Sadie the dog and we inherited my mom's dog Muffie. We have lived in the same house for over 26 years, and I enjoy an active lifestyle as a young 64 year old.